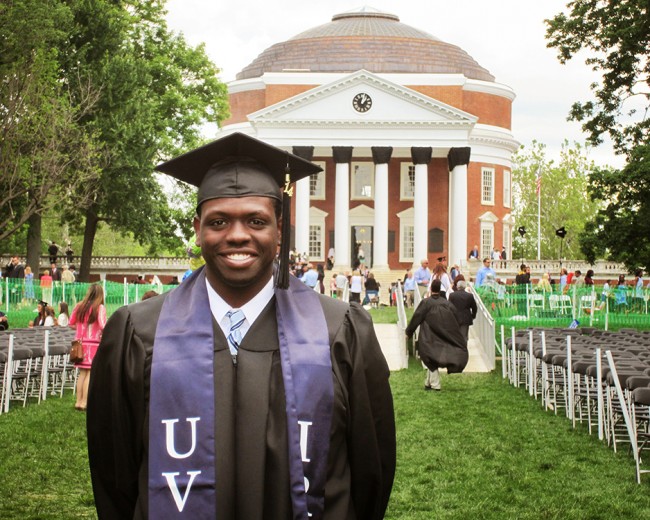 As a child, Tyrec was exposed to multiple violent crimes, including being inside a house when someone began shooting a gun through the door. Through Horton’s Kids, “Team Tyrec,” a group of tutors and mentors, provided Tyrec with support by arranging mock interviews when he applied to a magnet high school, reading his college essays, and raising money for his college expenses.

As a high school freshman, Tyrec was accepted to School Without Walls, a competitive magnet high school. He struggled with the transition. “It was tough adjusting my 9th grade year, not only academically but socially, because a lot of students were not coming from the same situation,” Tyrec said. “They had parents who went to college and were well-educated. A lot of them went to way better public schools.”

Tyrec’s long-time tutor Carrie helped him stay on track and persevere. “I am used to starting from the bottom, being behind everyone else, and catching up,” Tyrec said. “I don’t have this attitude that someone owes me something. The biggest thing that Carrie did for me was be an advocate for me. Everyone who is successful in life has had an advocate.”

In 2014, Tyrec graduated from the University of Virginia where he majored in government. As a college student, he interned at the White House and the Office of Congressman Ron Kind. Today, he works at The Education Trust, a nonprofit organization that advocates for the high academic achievement of all students – particularly those of color or living in poverty. In the coming years, he hopes to attend law school and practice education law.

Recognizing the important role Horton’s Kids played in his life, Tyrec also recently became a tutor. He said: “Horton’s Kids has truly been like a second family. They have been there every step of the way.”